An event every week that begins at 7:00 pm on Friday, repeating indefinitely 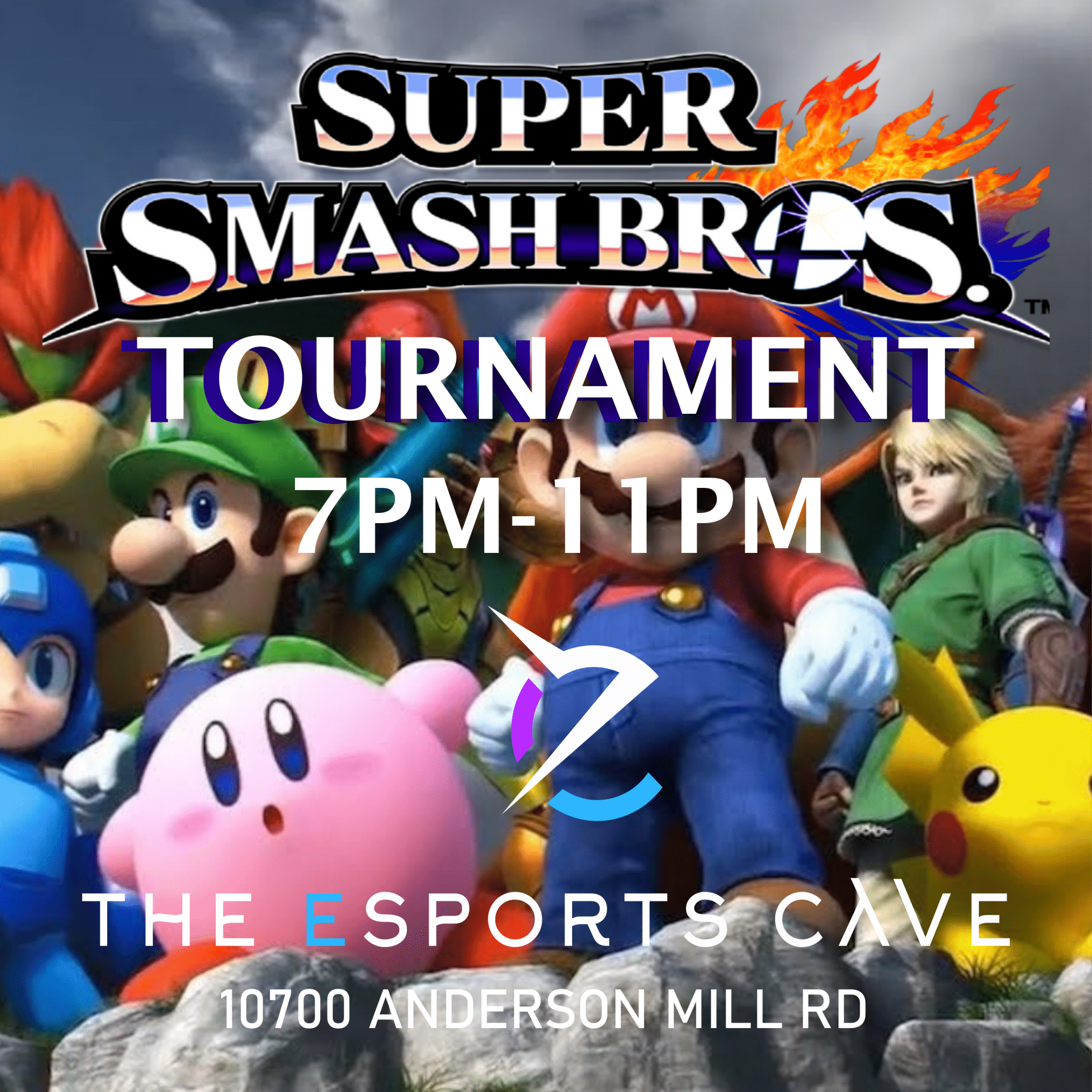 Super Smash Bros; the timeless activity of beating up beloved Nintendo characters with OTHER beloved Nintendo characters. Pick your favorites and go toe-to-toe with the best players in the area. Super Smash Bros Ultimate is the newest installment of the game on Nintendo Switch, and The Esports Cave will be hosting a tournament on the first and third Friday of every month from 7 PM to 9 PM, and any weekend with no smash tournament on Friday will instead have a Sunday tournament from 3 PM to 5 PM.

We aim to be your premium gaming center, and so we will be offering tournaments for the fan favorite fighting game. Fight your way to the top as you compete for cash prizes. We have three Nintendo switches, and we will have 4 wired pro controllers, 6 Gamecube controllers, and 4 Joy-con controllers. Feel free to bring your own controller that you’re most comfortable with.

Official TEC Weekly Official Smash Bros Tournament Rules will apply, which are updated regularly. Rules are subject to modification up to 1 day before the tournament.

Game mode is singles. Two people will compete in each round, and each will have 3 stock. There will be a 7 minute time limit. Items, Stage Hazard, and Final Smash Meter are all turned off. Mii fighters are allowed. If time expires, the winner will be determined by how many stock remained and then by percentage damage.

Games will be played on a Nintendo Switch on a 65″ TV. You will be sitting on the opposite end of a couch as your opponent, so there is room for social distancing. The entrance fee is $10, and $5 of that will go to the pot. Winner will take 75% and second place will take 25%.

Winner of a rock paper scissors will choose whether to strike stages first or second.

Come check in early as we will be starting the tournament promptly, with a 15 minute tardy rule. We do not have enough Switches for practice rounds and we may need to host tournament matches on our own devices for the full time. You may practice during down time on your own device.